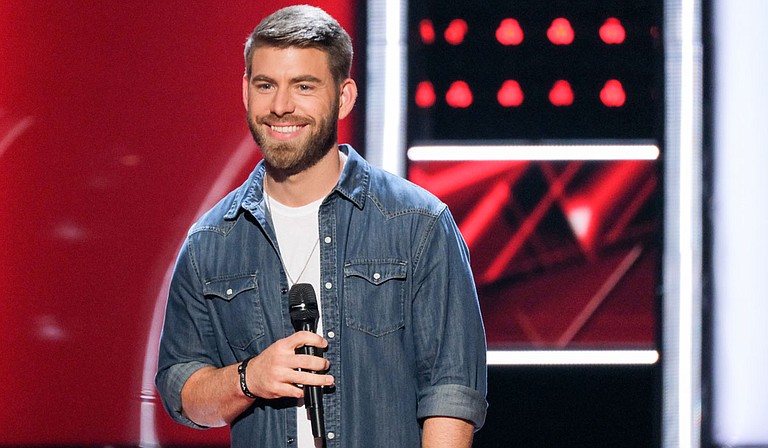 Sometimes someone from the home team can make it to the big fields. Zach Bridges, born and raised in Pearl, Miss., had the chance to compete in this year's season of "The Voice," an American singing competition television series broadcast on NBC.

"Man, it was awesome. I still don't believe it. ... I've been playing around here for seven years and to finally get recognized and have a bigger following and be a little more known around here now—it feels really good," Bridges says.

The 29-year-old grew up singing in the occasional school or church program, but he never considered music as a potential career. After graduating from Pearl High School, Bridges attended Hinds Community College and Holmes Community College playing baseball before transferring to the University of Southern Mississippi.

While in Hattiesburg as USM, Bridges began posting videos of himself performing on social media. These videos received a number of shares and encouraged him to pursue music a little more seriously in addition to his studies. His brother had a connection to a local bar, which led to Bridges publicly performing for the first time in 2012. After graduating from USM with a bachelor's degree in kinesiotherapy, he moved back to Pearl and enrolled at the University of Mississippi Medical Center, where he earned a second bachelor's degree in radiologic sciences. His newfound passion for music led him to continue performing, this time in the Jackson-centric local music scene.

As an artist, Bridges primarily plays in the country genre, particularly country music from the 1990s.

"I was born in 1990, so when I grew up, my parents would always listen to '90s country. We went down to my grandparents' every weekend, so that's one thing that stands out most in my childhood—those car rides, listening to '90s country," Bridges says. "I think that's where my love for '90s country comes from."

His wife Taylor, then his girlfriend, signed Bridges up for "The Voice." Bridges says he did not expect much to come out of it, but last year the show reached out to him and invited him to participate in its 17th season. After completing a few screener rounds, Bridges made his television debut during the Blind Auditions. Both Blake Shelton and Gwen Stefani turned their chairs, and Bridges chose Shelton to be his coach given their shared affinity for country music.

"I feel like me and Blake were kind of the same person. He's always goofing around. He's the same person off camera as on camera. I do enjoy his music, but I also look up to him as a person and as a public figure," Bridges says.

Bridges won the Battle Round, where he had to sing a duet with a competitor, earning him a spot in the Knockout Rounds, after which he was sent home. While on the show, though, he had the chance to also be mentored by Darius Rucker and Taylor Swift.

"Keep writing. Have a song. Have something to say. That was the biggest thing I took away from (Shelton and Rucker)," he says. "Everybody can sing. There's millions of people on this earth that can sing better than me, but I think it's about your song and really establishing who you are as an artist. Just putting that out there."

From Swift, Bridges says he the importance of building up his stage presence and that he should exude confidence even when he is nervous.

Since his time on the show, Bridges' following has grown. He says his social media accounts have thousands of more followers than he had before, and his shows have drawn in larger audiences. He has been invited to perform in festivals, fairs and other opportunities inside and outside of Mississippi, such as the recent Song Contest competition in Nashville.

"The biggest thing for me right now is to take advantage of the platform that I have gained and all the followers that I have gained to keep writing new music, recording it and putting it out and making it available for people to hear and keep the ball rolling," he says.

Bridges released his most recent single, "To My Baby Girl," on Thanksgiving Day this year. He and his wife Taylor are expecting a daughter in March.

"It's a song that I wrote to my baby girl that's not here yet. It's kind of like my note to her before she comes into this world," he says.

Keeping the lessons he has learned from his time on "The Voice" at hand, Bridges plans to use the momentum to propel his musical career even further.

"I have the bug. It's just what I want to do. What I really love is having a song to sing and putting my heart and soul into it so that when people hear me sing, they know that this is what I love doing and that I'm putting everything I got into it."

In addition to thanking all of his fans in Mississippi for helping him get to where he is today, he also wanted to encourage budding music artists from the area to follow their chosen paths.

"There are other musicians who are grinding every day. This is what they want to do, and they're just scared that they may not be good enough," Bridges says. "(I want to encourage) them to just take that chance, go try out, go put yourself out there, because you never know what could happen."

Outside of music, Bridges works as an x-ray technician at the G.V. (Sonny) Montgomery VA Medical Center. He also enjoys hunting and woodworking.

To learn more about Zach Bridges and his music, find him on iTunes, Spotify, Google Play, Amazon Music, YouTube, Facebook and more.