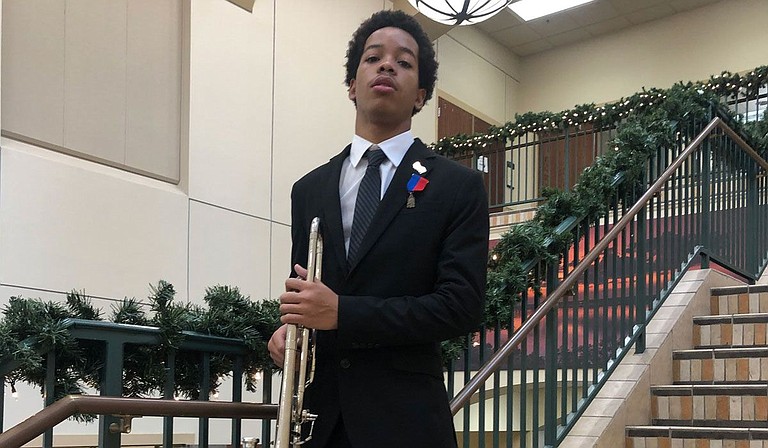 Each year, the Mississippi Lions All-State Band assembles some of the most talented high school musicians to rehearse and compete as a unit in an international band competition, which has been hosted in places such as Italy, Japan and Germany. The group has brought in 35 first-place, champion titles throughout its decades-spanning history, including the last seven years in a row.

This year, Callaway High School junior and trombonist William Hulbert Jr. earned a place in the Lions Band roster--the first Jackson Public Schools student to do so in 14 years.

"(Being invited to join the Lions Band) was really overwhelming," he says. "I felt really surprised, but I was hoping to make it and knew that I could. É When it did happen, I was really excited."

Unless COVID-19 concerns interfere, Hulbert and the Lions Band will travel to Hawaii this summer for an international competition. Jeff Cannon, director and manager for the Mississippi Lions Band, will let the students admitted this year know whether or not the trip will continue as planned mid-May.

Hulbert has been playing the trombone for approximately five years. He auditioned for

Lions Band in the fall and received a callback, after which he was admitted into the honor band. For the audition, students play specific sections from two arrangements, the 12 major scales and the chromatic scale, which highlights a musician's range of pitch.

His band director Curtis Luckett Jr. and Adam Almeter, his private tutor who is involved with the Mississippi Symphony Orchestra, helped Hulbert hone his musicianship skills for his audition.

Since his freshman year, Hulbert has earned a place in the JPS All-City Honors Band, this year attaining first chair in his section. He has also performed with the Jackson State Honor Band, the Mississippi Bandmasters Association Honor Band and the Magnolia Honor Band throughout his high-school career thus far.

Outside of school, the 16-year-old enjoys drawing, reading, researching various topics that interest him, practicing his horn, creating music and writing poetry.

"I'll write about something I want to explain to somebody--but I see poems and music as my way of speaking--so I just put my thoughts into a poem so that I can express myself more easily," he says.

Hulbert plans to continue performing throughout college and perhaps learn to play more instruments, including non-wind instruments like the piano or guitar. As a career, he hopes to be able to produce and compose music--both tunes that could be played in a symphonic setting and songs that could be heard on the radio.

"My favorite genre that I would like to try to replicate would be old jazz. My favorite trombonist is Tommy Dorsey. I would want to try to recreate his sound because I don't really hear it enough anymore," Hulbert tells the Jackson Free Press.

"I like how everything he plays sounds like he's singing. ... Not too many people can play like he can, so I just hope one day I'll be able to produce that type of sound."