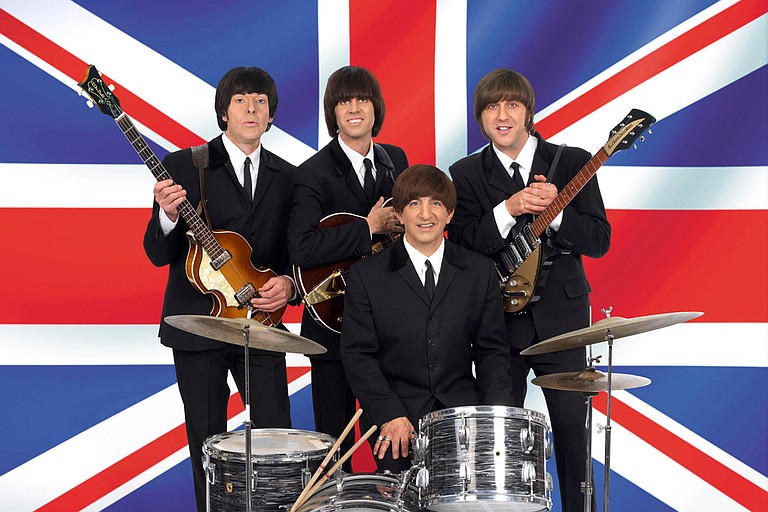 Thalia Mara Hall has a long history of presenting local, national and international talent. Now that we have entered the winter months of 2020, it's a great time to take a peek at the music-centered performances that Jacksonians can look forward to from the 2,040-seat theater before spring.

Louise Harrison, sister of the late George Harrison from the original Beatles group, hand-selected members of the Liverpool Legends. In addition to emulating the Beatles' music, the members also mimic the aesthetics, mannerisms and accents of John, Paul, George and Ringo to further enhance the experience of each performance. The Liverpool Legends will perform at Thalia Mara Hall on Jan. 18 starting at 7:30 p.m. Tickets range from $40 to $60.

The "Star Wars" franchise is known for many things, including its expansive universe and various media, but one often-praised facet of the series is its musical scores. John Williams composed the iconic tunes found in all of the main films, as well as some of the spin-offs. The Mississippi Symphony Opera presents a performance featuring music from Episodes I through XIII, along with "Rogue One," whose music was composed by Michael Giacchino. The show will take place on Feb. 1 starting at 7:30 p.m. Tickets range from $27 to $74.

Glenn Miller was an American composer and bandleader during the swing era of the 1930s and '40s. With his orchestra, founded in 1939, he scored 16 number-one records and 69 top 10 hits in only four years. Miller's orchestra continues to perform his tunes to this day, years after his passing, and now the group is making its way to Jackson. The orchestra will perform on Feb. 10 starting at 7 p.m. Tickets range from $47 to $68.

Broadway in Jackson delivers a performance of the record-breaking musical just in time for Valentine's Day. Inspired by a poetry collection by T. S. Eliot, Andrew Lloyd Webber composed the music for "Cats," which premiered in 1981. The seven-time Tony Award-winning musical tells the story of a tribe of cats as they decide who will ascend to the Heaviside Layer and come back to a new life. The show is on both Feb. 13 and Feb. 14 starting at 8 p.m. each day. Tickets range from $60 to $120.

In the virtuosic showcase hosted by the Mississippi Symphony Orchestra, international pianist and acclaimed Beethoven interpreter Anton Nel performs a rendition of Beethoven's 5th piano concerto, commonly known as "The Emperor." Dr. Timothy Coker will hold a lecture on the prepared arrangement prior to the concert on the mezzanine level starting from 6:45 p.m. to 7:15 p.m., while the performance itself begins at 7:30 p.m. on Feb. 22. Tickets range from $27 to $74.

'Harry Potter and the Chamber of Secrets'(TM) in Concert (Feb. 29)

"Harry Potter" is yet another movie franchise known for its iconic music. For the event, audience members will be able to view a high-definition screening of the second film in the series while the Mississippi Symphony Orchestra performs John Williams' (also the primary composer for "Star Wars") score. The show will be held on Feb. 29 starting at 8 p.m. Tickets range from $50 to $115.

The five-member vocal group known for its influence on the R&B and soul genres has been performing for more than 50 years and now makes its way to Jackson in a performance held at Thalia Mara Hall. While the Temptations has had a rotation of members over its history, its founder Otis Williams still leads the group. The concert will begin at 7 p.m. on March 8. Tickets range from $35 to $65.

The jukebox musical recounts the early life and career of musical icon Carole King, born Carol Klein. The story depicts how the Brooklyn-born artist fought her way into the record business as a teenager and became a wife and songwriter by her 20s before her career as a performer kicked off in the wake of a devolving personal life. The show will take place on March 11 starting at 7:30 p.m. Tickets range from $55 to $125.