Attorney Goes from Interim to President at Jackson State University 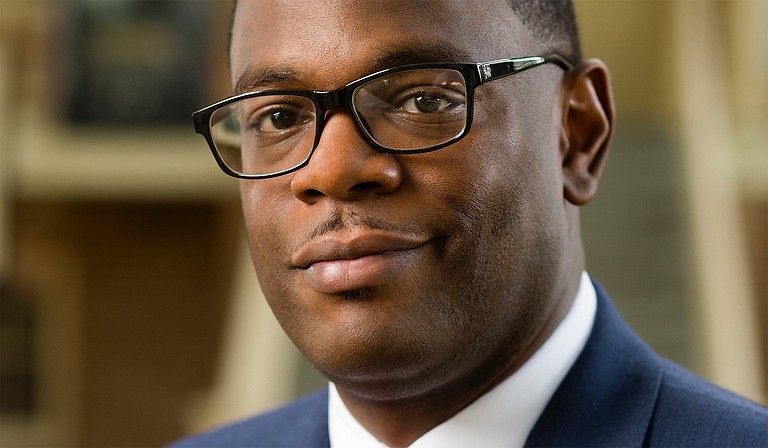 Thomas K. Hudson, the attorney who was interim president of Jackson State University the past nine months, has been hired for the permanent job. Photo courtesy JSU

JACKSON, Miss. (AP) — The attorney who was interim president of Jackson State University the past nine months has been hired for the permanent job.

The board that governs Mississippi's eight public universities announced Thursday that it has hired Thomas K. Hudson as president of the state's largest historically Black university, with an enrollment of about 7,250. The board chose Hudson without conducting a broad search.

“We do need stability at Jackson State University,” Hudson said during a news conference.

“I'm here to make a difference,” he said. “I am a lifelong Jackson resident. I'm an alumnus. I've been around the university as long as I've been on this earth.”

The previous Jackson State president, William Bynum Jr., resigned in February after he and others were arrested in a prostitution sting in the Jackson suburb of Clinton. In July, a municipal judge found Bynum guilty of three misdemeanor charges: procuring the services of a prostitute, false statement of identity and possession of marijuana. Bynum was ordered to pay fines.

Hudson has worked at Jackson State since 2012, where he has been chief operating officer and chief diversity officer. A news release from the the state College Board said he set cost-saving measures that decreased the university's operating budget by 10%. It said he also coordinated academic and administrative restructuring that brought an annual savings of $4 million.

The university was beset by financial troubles and falling enrollment after former president Carolyn Meyers resigned in 2016 following an intervention by trustees over dwindling cash reserves. Layoffs followed, with the number of students falling from nearly 10,000 to about 7,000 as financial aid was cut.

“As a Jackson State University alumnus, I am extremely pleased that we have identified one of our own to serve as president,” Dr. Steven Cunningham, a state College Board trustee, said in the news release. “We have witnessed the great strides he has made over the past nine months and have full confidence that he will continue to demonstrate the great love he has for this university by providing outstanding leadership for the students, faculty, staff and alumni.”

Hudson earned a bachelor’s degree in political science from Jackson State and a law degree from the University of Mississippi. Before joining the staff at Jackson State, Hudson founded a law practice and worked as an equal employment opportunity specialist for the U.S. Department of Homeland Security in Clinton.

A spokeswoman for the Institutions of Higher Learning said the salary for the Jackson State president has been $300,000, but the one for Hudson had not been set by Thursday.