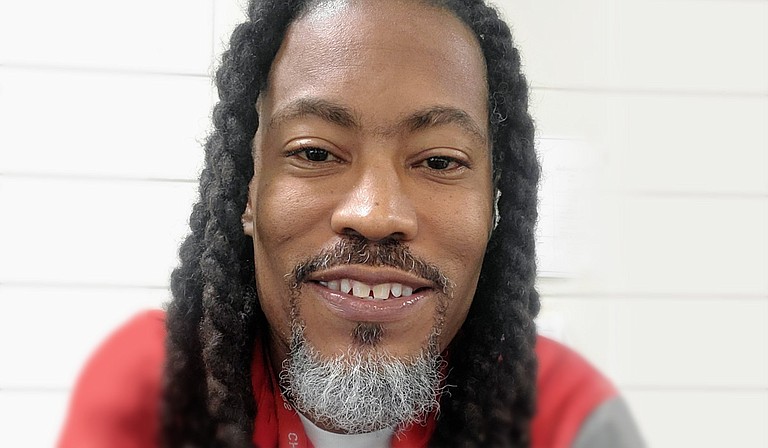 As both a teacher and an artist, Christopher Mitchell felt the blows wrought by COVID-19, but he has been adapting to the changes as best he can so that he can continue to be a positive light to those around him, he says.

Native to Jackson, Mitchell received his bachelor’s degree in biology and his master’s degree in teaching, both from Jackson State University. Presently, he teaches middle-school science at Chastain Middle School, where he also coaches the school’s soccer team and has recently opened an art clinic for students.

“My favorite part about teaching is interacting and working with the kids, and being able to be a voice to someone that may need to hear that they’re doing well or to mold someone to be a good citizen,” Mitchell says. “Just being able to impact somebody’s life in a positive way—that’s what I really enjoy about it.”

Outside of teaching, the self-taught artist works at The Ink Room JXN, a tattoo shop in the metro area. This gives him a space to draw and create original pieces. His latest medium has been painting—on purses, clothes, canvas and mural space.

“I’m a visual person. I love the colors and seeing the things that people can create with a creative mind,” he says. “When you paint or do art, you’re not really confined to a certain type of reality. You can create your own reality, and it’s still nice. It’s still something that can be received by everyone.”

Mitchell folded his passion for art into his role as a teacher, creating the art clinic at Chastain Middle School, where students may undergo projects like painting murals on walls and bathroom stalls or drawing art on sidewalks to garner school spirit.

“When I was in school, nobody really pushed art as a career or as a way of sustaining yourself. I try to show students that there are other ways to be a productive person in society and support yourself by doing something you love,” Mitchell says.

When the pandemic reached Mississippi, The Ink Room JXN had to shut down. While the business has begun operation again, customers may only enter the shop one at a time, and they must make an appointment ahead of time. This way, the shop is able to sanitize between appointments and better follow CDC-recommended guidelines.

Mitchell had planned to participate in an art show this year, which would have been his first time having his art displayed to the public, but the event had to be postponed.

“It was a little bit of a damper, but I just had to look at it from the positive side. Now I have more time to create and make things better, so I just try to look at it like that and not as a negative,” Mitchell says.

The schoolteacher did, however, get to show off his art to the public this year after all by being one of six local visual artists to take part in the recent “#ArtofVoting” series that the Greater Jackson Arts Council, Visit Jackson and the Human Rights Campaign jointly commissioned.

Nevertheless, Mitchell plans and looks forward to participating in an art show within the next year or so, circumstances permitting.

In terms of teaching, art activities and other extracurriculars have been cut, and Mitchell has had to adapt to virtual learning, navigating the various tools and systems that would allow him to interact with his students through a screen.

“It’s just not the same as being right there in the classroom with your students and having that relationship with them,” he says. “As far as teaching and doing what we can, we keep a positive attitude. We’re working with what we have. You can’t be negative about it. Hopefully, everything calms down, and we can be back in the classroom soon.”

Mitchell spends his free time with his 6-month-old daughter and family. Art remains one of his favorite hobbies, serving as a relaxing outlet, but he also enjoys outdoor activities like gardening.

Find Christopher Mitchell on Instagram @2020vizionink to view samples of his art.