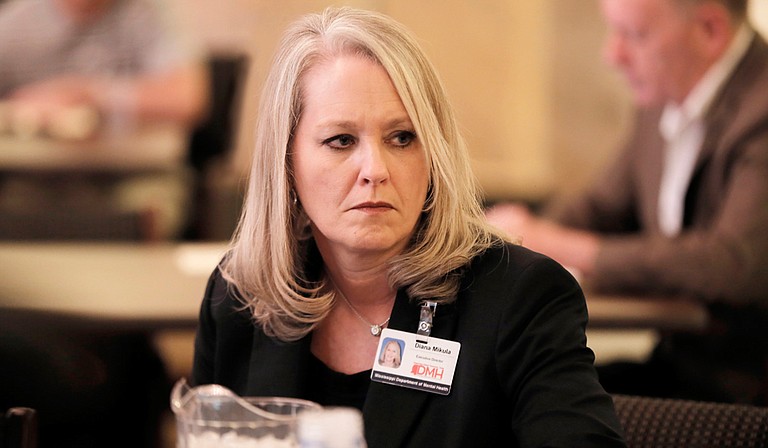 Diana Mikula announced her retirement plans to the state Board of Mental Health on Thursday. The agency said in a news release that the board chose a longtime employee as her successor. Photo by Imani Khayyam

JACKSON, Miss. (AP) — The executive director of the Mississippi Department of Mental Health will retire Jan. 31 as the state continues to face a federal court order to improve community-based services.

Diana Mikula announced her retirement plans to the state Board of Mental Health on Thursday. The agency said in a news release that the board chose a longtime employee as her successor.

Mikula became executive director in 2014 after already working 21 years for the agency.

The new executive director will be Wendy Bailey, who is now the deputy director for administrative services. During her 15 years at the Department of Mental Health, Bailey has also been chief of staff and director of outreach and planning.

“My primary vision for the agency is to improve access to an evidence-based continuum of care for people with mental illness, substance use addiction, and intellectual and developmental disabilities,” Bailey said in the release. "Every person has a voice and a story, and every person should be able to access and participate in the care that will improve their lives.”

In September 2019, U.S. District Judge Carlton Reeves ruled that Mississippi’s mental health system was in violation of the Americans with Disabilities Act because of inadequate resources to treat people with mental illnesses.

During a trial before Reeves, Mikula testified in June 2019 that she supported the state spending more money to provide services to people outside state hospitals

“We want people to receive services in the least restrictive environment,” Mikula testified, citing the standard set by federal law.

Mikula testified, though, that funding was an obstacle to improving mental health services. The Legislature budgeted $16.1 million over two years to expand community-based services. Mikula said the Department of Mental Health's overall budget was cut by $8.3 million in 2017 and $19.7 million in 2018.

As part of the state's effort to comply with the federal judge's order to improve mental health services, the Department of Finance and Administration director, Liz Welch, recently appointed a special assistant attorney general, William Rosamond, as coordinator of mental health accessibility.

Rosamond has worked as an attorney for the Department of Mental Health. He will evaluate the quality of mental health care to possibly change services offered in some counties.