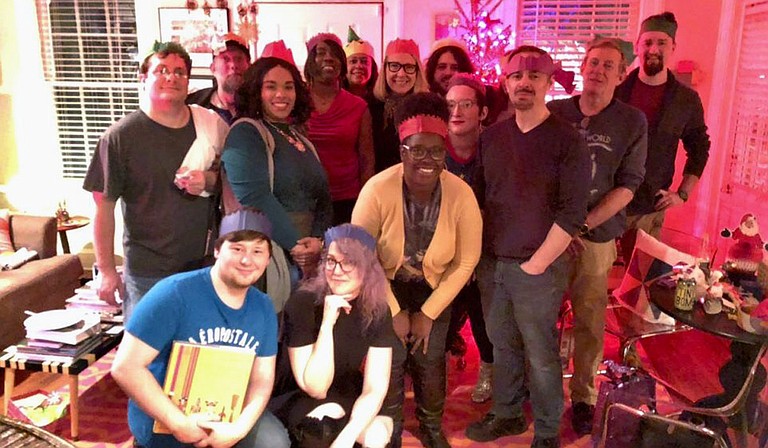 The Jackson Free Press turns 18 years old this month—18 years since Donna and I founded the paper along with former advertising director Stephen Barnette—and every year about this time, I write a publisher's note to look back on the previous year.

This one has been a doozy.

Over the nearly two decades I've lived and worked in Jackson, Miss., I've gotten involved in the "entrepreneur community." The JFP isn't a virtual- reality company or a medical-devices firm, but we were once a startup, and we've always been an entrepreneurial venture. So, every once in a while, someone asks for the secret to our longevity.

Local media, as I'm sure you know, has had its challenges in recent years. The rise of digital advertising options such as Facebook or Google—where a local business can spend thousands of dollars to chase likes and "interactions"—has affected us all, large and small.

But not all our challenges have been in recent years. The truth is, running a media company is always tough when your primary goal is to tell the truth—and not just please or appease the powerful. Some publications go along to get along, sell their front cover to the highest bidder, or focus on party snaps in our community's wealthier neighborhoods.

That's not why the JFP is here. We seek to hold all elected officials accountable, work to ensure that citizens are well-informed, and do our part to make democracy work in this city, state and country. Along the way, we also like to let our readers know about great events, cultural and entertainment opportunities, and uplifting stories about local folks making a difference.

As for success and longevity—or even stability—the COVID-19 pandemic has made things a lot worse for most small businesses. Many of our core advertisers, including restaurants, museums, entertainment venues and nonprofits that throw fundraisers have all been slowed down—or shut down completely. Some are clawing their way back now, and I applaud them for the effort. Just don't quit.

Despite being down well over 50% in advertising revenue from our local partners, three things have helped the Jackson Free Press this year. One is that we've taken advantage of the government programs offered and have been able to get both PPP and EIDL loans to help ease the pain of revenues that are well below 50% of normal. That has meant no layoffs and no drastic changes in our operations—except that we've all continued to work virtually.

Second, both Facebook and Google awarded COVID-19 coverage grants to the Jackson Free Press earlier this summer. I believe that's a testament to the quality of journalism we strive for and our readers' support through this crisis.

Third, our JFP VIPs haven't just "shown support"—they've opened up their wallets. Via the voluntary JFP VIP subscription program, our readers and supporters have kept us going with well over 500 VIP subscriptions in the past six months, which we couldn't have anticipated before the pandemic.

So for me, 2020 has been a mixed bag. These times are incredibly uncertain, and the men in the governor's mansion and White House are clearly not up to the task we face. So it's a very troubling time to be a business owner or an American.

On the other hand, this moment in time has seen the JFP's team doing fantastic work, driving both unprecedented online readership and new direct reader support via the JFP VIP program this year. The editorial team—Donna Ladd, Kayode Crown, Nick Judin, Nate Schumman and Dustin Cardon—are directly responsible for reader enthusiasm. This past month we welcomed Shaye Smith to the team as an editorial assistant. She is doing great work with events and calendar coverage.

Our graphics team—Kristin Brenemen and Zilpha Young—has always been the most organized in the building. Now that we're all working outside the building, they've taken on the role of keeping things running with all the challenges that remote project management brings, with great-looking publications, ads and digital collateral for clients to show for it.

On the business side, Executive Assistant Azia Wiggins keeps the trains running on time with invoicing, subscriptions, Azia's Picks and the award for the most visits to our office most weeks. Lead Driver Ken Steere keeps the paper rolling out to you along with our reliable and dedicated distribution team—Ruby Parks, Eddie Williams and Yvonne Champion. Special thanks go out to freelancers Montroe Headd (Best of Jackson website) and Kourtney Moncure (Let's Talk Jackson producer) and all our contributors this year.

Speaking of business, Associate Publisher Kimberly Griffin has helped keep us in business by managing advertising leads and multiple Best of Jackson "pop-up" ballots this summer. (The "Business Services" nominations launch this week at bestofjackson.com/ballot).

This COVID season has coincided with an unprecedented awards season for the Jackson Free Press, earning 28 total awards from four journalism organizations, including five from the Association of Alternative Newsmedia for which we don't know the placement, yet. (Their virtual award ceremony is this Friday.) See list of all JFP awards at jfp.ms/awards.

We're also incredibly proud of Donna Ladd's achievement this year as a Distinguished Alum of the Columbia University School of Journalism for her career. They postponed their ceremony until spring 2021, when hopefully she'll head to New York City to accept that honor.

So many people and businesses are struggling right now. We at the JFP know that we're blessed to have made it another year, especially this one. We'd love your support as a reader and, if you're so moved, as a JFP VIP (jfp.ms/vip/) subscriber. As always, let us know how we're doing—and how we can help—at jfp.ms or write me at todd@jacksonfreepress.com.

But most of all: Stay safe and always remember: don't quit!