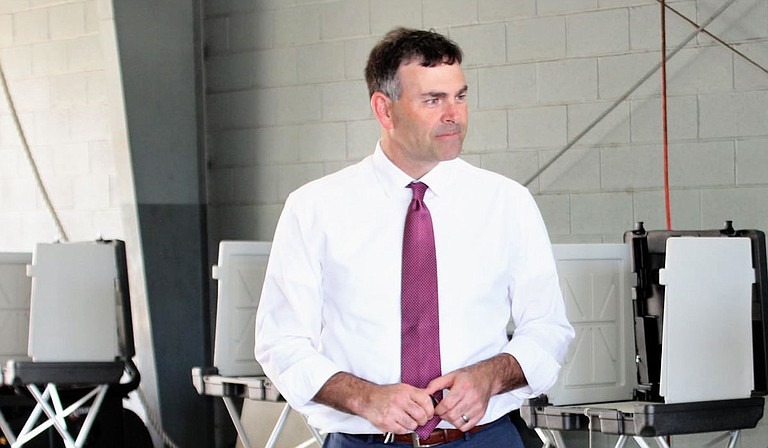 Secretary of State Michael Watson, a Republican, said March 26 on WLOX-TV that he opposes any move by the federal government to set new rules about voter registration or mail-in voting. Photo courtesy Mississippi Secretary of State's Office

JACKSON, Miss. (AP) — Mississippi's top elections official says he thinks people are doing a “hatchet job” on him over comments he made in a television interview about “woke” and “uninformed” voters on college campuses.

Secretary of State Michael Watson, a Republican, said March 26 on WLOX-TV that he opposes any move by the federal government to set new rules about voter registration or mail-in voting.

“I think that those comments were probably taken out of context in a hatchet job in the sense that our job is to make sure that every Mississippian who is a United States citizen, who is a legal resident of our state, has the ability to vote,” said Watson, a former state senator who became secretary of state in January 2020.

Watson said Mississippi registered 113,000 new voters last year, including some on college campuses. He said he has concerns about proposals from President Joe Biden and other Democrats to expand access to ballots.

Asked Wednesday what he meant by “woke" college students, Watson said: “You’ve got these far-left, liberal professors who are really teaching our university and college students to hate our country.”

Watson has faced sharp criticism for his comments, including from Democratic former Mississippi Gov. Ray Mabus, who said last week on Twitter: “His talking points are from 1950s. Slightly updated. Literacy tests anyone?”

Literacy tests were outlawed by the federal Voting Rights Act of 1965. The tests could include impossible questions like how many bubbles are in a bar of soap, and they were among the discriminatory measures that Mississippi and other Southern states used to suppress Black voting.