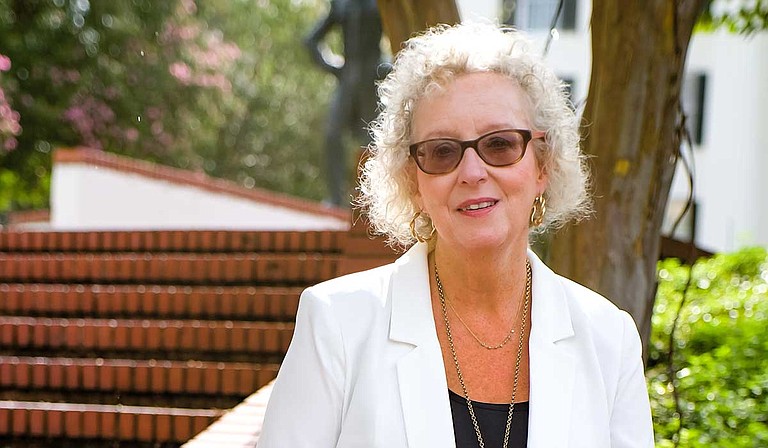 On Tuesday, Dec. 21, Jackson City Council President and Ward 7 Councilwoman Virgi Lindsay (pictured) said that she is pleased with the council’s approval of $1,934,815.60 for Hemphill Construction Company to construct a replacement bridge over Town Creek along Mill Street with federal funding and the City's 1% Sales Tax. File Photo/Delreco Harris

Consequent to concurrence by the Mississippi Department of Transportation, Hemphill Construction Company will get $1,934,815.60 to construct a replacement bridge over Town Creek along Mill Street with federal funding and the City's 1% Sales Tax. The project is in Ward 7.

Public Works Director Markin King described the bridge as old. "The bridge is an early 20th century bridge featuring aging concrete and masonry construction," he wrote in a memo dated Dec. 2 to Mayor Chokwe A. Lumumba.

The Council also approved $356,992.20 for Southern Consultants, Inc., to perform construction engineering and inspection services for the resurfacing of Terry Road from Interstate 20 to McDowell Road, covering Wards 5 and 7, with funding from the City's 1% Sales Tax.

The City had earlier opened bidding for the project on Dec. 9, ending Jan. 11, 2022. Southern Consultant's contract commences at the approval of the road construction contract for the project next year.

According to the public works director, in a memo dated Dec. 1, the work on Terry Road will include the street repair and resurfacing, curb and gutter replacement, ADA-compliant sidewalks and ramps, and replacement of traffic lights.

At the Council meeting on Tuesday, Fordice Construction Company gets $42,852.97 in addition to the $390,671 that the council approved for it in March for the replacement of Woodway Drive Bridge located in Ward 2.

"The contract work involved the removal and replacement of the timber bridge structure which had collapsed," the order that the council approved said. Fordice Construction Company has completed the construction.

Mayor Lumumba did not attend the Tuesday meeting, having tested positive for COVID-19 that morning, and is quarantining at home. He shared on Wednesday, Dec. 22, on social media that his symptoms are mild.

On Tuesday, the City Council approved the transfer of Mount Olive Cemetery to Jackson State University. City Attorney Catoria Martin, in a memo dated Dec. 15 to Mayor Lumumba, said that the move will ensure that the cemetery benefits from the federal historic places preservation grant received by the Jackson State University, which will maintain the property after repairs.

The City of Jackson approached the Hinds County Chancery Court on July 29, 2021, to acquire the title to the hitherto abandoned cemetery. Judge Tiffany Grove granted the order on Dec. 9, 2021.

Ward 5 Councilman Vernon Hartley, who presents the cemetery's ward, said that the property’s transfer was a good development.

"This will take some (pressure) off the City who don't have to do the maintenance, and it will be a part of the plan where Jackson State (University) is improving and monitoring the heritage of our community there in the Washington Edition," he said. "So we certainly appreciate this move forward."

The order that the city council approved Tuesday explained that in 1988 the United States Department of Interior National Park Service established a Historically Black Colleges and Universities (HBCU) Preservation grant program to repair historic structures on HBCU campuses on the National Register of Historic Places.

In 2017, Mount Olive Cemetery, located on the Jackson State University Campus, entered the National Register of Historic Places list and became eligible for the federal grant. The school applied for and got $496,023.00 to preserve 177 headstones and 47 mausoleums. JSU will also contribute $75,042.