PUBLISHER'S NOTE: Jackson’s Water Crisis, What Would Ditto Do? 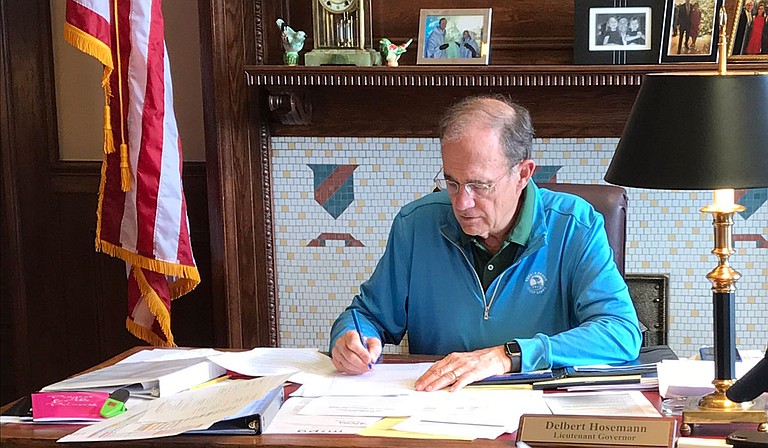 While Lt. Gov. Delbert Hosemann often presents himself, rightly, as the Mississippi GOP's adult in the room, his reaction to Jackson's water woes this week leaves a bad taste. Answering a question from Mississippi Free Press' Nick Judin on March 1, Hosemann said, "You remember during Kane Ditto's administration, he did repair work on water and sewer. So what happened since then?"

I've told this story before, but soon after we started the Jackson Free Press, I found myself attending a 2003 Jackson City Council retreat at the JSU e-Center—the first time I'd encountered either of those things. Around a long rectangle of tables in the middle were (socially distanced) members of the Jackson City Council with other journalists scattered between them. At the front of the room, members of Mayor Harvey Johnson's  administration showed PowerPoint slides and discussed their projects.

I noted at the time that, huh, we must have a water problem.

In other words, the City of Jackson, the residents of Jackson, Jackson's local media, Jackson's state representatives and many others have been working on this water project for a while now.

Lt. Gov. Hosemann, here's what's happened "since then" and since Johnson defeated Kane Ditto to become Jackson's first Black mayor: (1) hundreds of millions of dollars worth of water and sewer work; (2) another generation of white and economic flight; (3) supermajority control of the Mississippi Legislature by the Jackson-unfriendly GOP;  (4) Siemens debacle; (5) seemingly endless encouragement and subsidy of suburban sprawl that has undone nearly every city and town in the state—especially those with high Black populations. (Trust me—Donna and I have road-tripped to what feels like two-thirds of Mississippi's towns during the pandemic.)

It's probably important to remember that, for decades now, the "Daddy State" of Mississippi has fought any payment in lieu of taxation or other direct subsidies of the capital city.

Finally, just in the past few years, the Legislature has allowed Jackson to add a 1-percent local option to our sales tax, most of which goes to roads. And in exchange for an oversight commission and expanded presence of the Capitol Police in the city, the State has returned a larger percentage of our sales taxes to a special fund for infrastructure improvements that benefit state institutions (and, tangentially, affluent citizens).

Most of that also goes to roads.

After a years-long ordeal with an extremely fraught $90-million contract with Siemens, the City has recently stabilized water billing and still reels from massive deficits resulting from that extraordinary debacle. Multiple administrations bought a bill of goods by an international corporation, fronted by a connected, local Mississippi salesman—who turned around and went into the water-meter business with the son of a suburban mayor. (Moss Point sued their firm in the spring 2020 for allegedly implementing a faulty meter and billing system. You can't make any of this up.)

The truth is, Jackson has been at this for quite some time, and we've had to fight the Mississippi GOP tooth-and-nail for support for the capital city and state government infrastructure for the two decades I've called Jackson home. And we've had to ride out the universal scorn and disdain that conservatives from around the state heap on the state's only urban environment—not to mention its major center of government, culture, health care and higher education.

"I've received no contact from the City at all. No, I have not," Hosemann told the Mississippi Free Press.

Phones dial both ways. I get that the lieutenant governor might think calling up the capital city's mayor and saying, "I'm from the Mississippi GOP, and I'm here to help," might be 10 English words that strike fear in the heart of a Jacksonian. But he is a tax-paying resident, so he's got that right to make the call. And as the state's top lawmaker, he should make that call to a beleaguered mayor.

Instead, Hosemann harkened back to a time—which happened to be when the last white mayor was in power in Jackson—and inaccurately suggested nothing has happened since then.

Jackson has a billion-dollar water and sewer problem. This city is overbuilt, over-annexed and under-appreciated by the state around it. The Mississippi GOP's "selfishness is a virtue" mentality has them scheming to take over the Jackson airport while implementing suburban BIDs to subsidize live-work shopping malls to replace downtowns.

Meanwhile, the Mississippi GOP turns away federal opportunities such as expanding Medicaid, which absolutely should have gotten done this year during a pandemic and economic crisis.

Instead, they've spent entirely too much time in CPAC-ALEC FantasyLand trying to overturn the state's income tax—especially if their answer is to swap that for a highly regressive sales tax pushing 10 percent. There seems to be no poor person for whom the Mississippi GOP can't figure out how to show some contempt.

I appreciate Hosemann's leadership on technical education, job creation, combating brain drain and changing the Mississippi flag. And it even looks like he's the "adult in the room" when it comes to the income-tax debate.

But tone-deaf discussion of Jackson's water woes doesn't help anything right now. We need problem solvers at the table, looking at where things are right now (including success in the Siemens suit by both the City and a handful of connected attorneys) and how all players can come to the table and help.

Lan' sakes, Delbert. This ain't the time to raise Kane.

Todd Stauffer is president, publisher and co-founder of the Jackson Free Press.

CORRECTION: Due to a typo, a previous version of this story mistakenly referred to a "$90-billion contract with Siemens." The actual amount is $90 million. We apologize for the error.