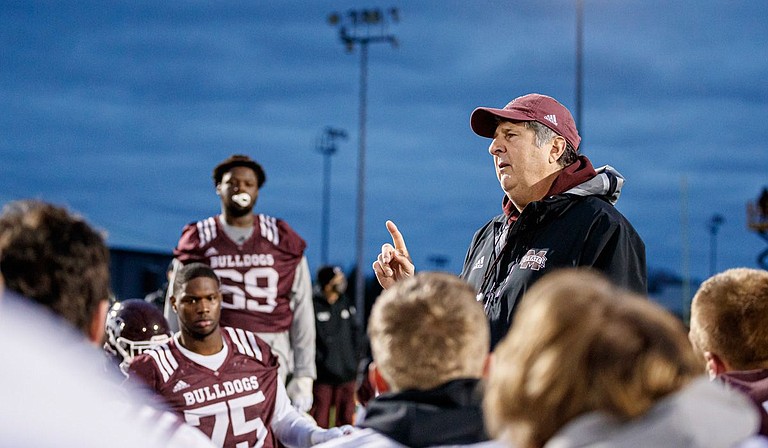 College football returns with a full slate of games this Saturday in what is considered week one of the season. Last Saturday, a handful of games were played on what is called week zero on the schedule.

This weekend the Southeastern Conference will play games for the first time in 2021. The conference announced on Monday, Aug. 30, a new policy on the forfeiture games for the 2021-2022 athletic contest.

If neither team is able to play due to COVID-19, injuries or other reasons, both teams will be credited with a loss. That loss would be reflected in the conference standings for both teams.

If neither the Rebels or Bulldogs can play the Egg Bowl, again for example only, both teams would take a loss in conference standings. But there is another consideration in the SEC’s new policy.

A perfect example would be UM head coach Lane Kiffin and the Rebels, who are 100% vaccinated for players in coaches. UM was the first SEC team to declare a fully vaccinated roster.

They are a perfect example of the no-contest rule because of being fully vaccinated. If the Rebels encountered a large number of breakthrough cases, Sankey could declare a no-contest because the program did get fully vaccinated and just got hit with bad luck.

MSU head coach Mike Leach could urge players to get vaccinated because of the rule. If they are forced to forfeit a game, it might cost them a chance at a bowl game at the end of the season.

Programs that suffer a financial loss but were able to play will be able to summit consideration for reimbursement. The decision will be made on reimbursement by the SEC Executive Committee.

The SEC was the last Power-5 conference to institute a policy of forfeiture for Covid-19. The other Power-5 conferences of the Big Ten, ACC, Pac-10 and Big-12 have similar policies and so does the Mountain West Conference, American Athletic Conference.