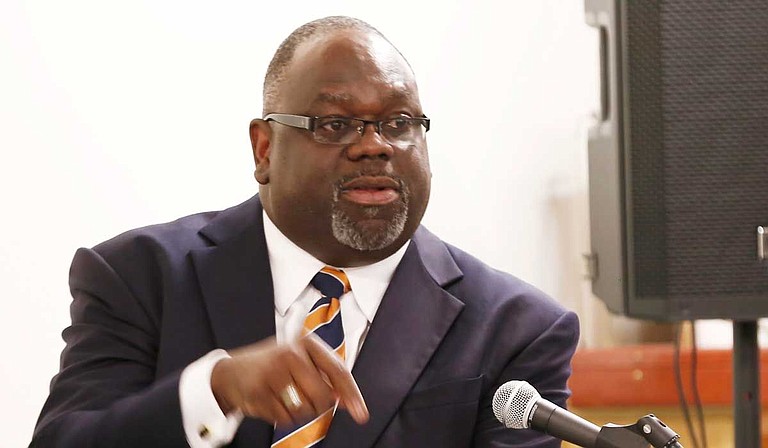 Earlier this month, U.S. District Judge Carlton Reeves told the state it had 120 days to submit a plan to the U.S. Justice Department and a mental health expert. He ordered that the final plan, incorporating their feedback, be completed in 180 days. Photo by Imani Khayyam

JACKSON, Miss. (AP) — The state of Mississippi intends to appeal a federal judge's ruling that it come up with a plan detailing how it will work to prevent unnecessary institutionalization of people with mental illness.

Earlier this month, U.S. District Judge Carlton Reeves told the state it had 120 days to submit a plan to the U.S. Justice Department and a mental health expert. He ordered that the final plan, incorporating their feedback, be completed in 180 days.

Lawyers for the state asked in court documents filed Monday if the deadline could be postponed because the state intends to appeal Reeves' ruling.

James Shelson, the state's lawyer, wrote that if the Department of Mental Health were required to complete its plan and other requirements of Reeves' order in the allocated time frame, “Mississippi will suffer irreparable injuries from undue interference with its mental health system and a fundamental alteration of that system both in costs and structure."

Aside from the plan, lawyers objected to Reeves' requirement that Mississippi implement peer support services at satellite community mental health centers by the end of the 2022 budget year. Another stipulation of Reeves’ order the state objected to requires Mississippi to fund an additional 250 CHOICE housing vouchers in the 2022 budget year, and 250 more during the 2023 budget year. The CHOICE housing voucher program provides support to people living with mental illness who need help paying rent and utilities.

Lastly, the state opposed the requirement that it begin a clinical review process sampling 100 to 200 patients a year “to assure that services are working as intended to address the needs of people with serious mental illness.”

Joy Hogge, executive Director of the mental health advocacy organization Families as Allies, said Monday that she found the state’s requests “profoundly disappointing, but not surprising.”

“For the last ten years, the Attorney General’s office and the Board and Department of Mental Health have wasted millions of tax dollars in court fighting this lawsuit rather than working with people receiving services, their families and others who care about mental health to fix the system,” she said in a written statement. “This is more of the same.”

The requirements the state faces are the result of a yearslong legal battle pertaining to how Mississippi cares for people with mental illness.

The federal government issued a letter in 2011 saying Mississippi had done too little to provide mental health services outside mental hospitals. The Justice Department sued Mississippi in 2016, and Reeves ruled the state was in violation of the Americans with Disabilities Act.

Federal attorneys said during a 2019 trial that mentally ill people were being held in jails because crisis teams did not respond. They said people had been forced to live far from their families because mental health services were not available in their hometowns. They also said people made repeated trips to Mississippi mental hospitals because there was no effective planning for them to transition to community services, and the most intensive kinds of services were not being made available.

During a July hearing, state attorneys said Mississippi has enacted programs that enable people to obtain treatment in their communities and avoid hospitalizations, such as mobile crisis teams, supportive housing and peer support services.

Justice Department attorneys said those services need to be expanded and there need to be metrics to ensure they are working.