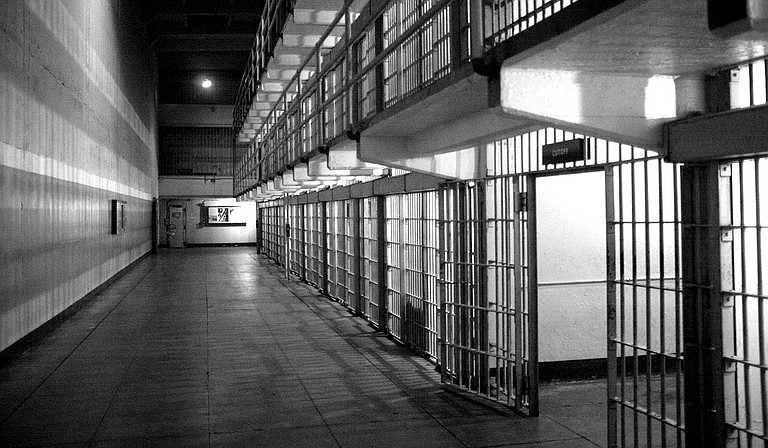 A Mississippi inmate who escaped from prison over the weekend was captured Tuesday in a county where he had been convicted of murder, and about a dozen prison employees were suspended because the staff waited more than a day to tell the state Department of Corrections he was missing, department officials said. Photo courtesy Emiliano Bar on Unsplash

JACKSON, Miss. (AP) — A Mississippi inmate who escaped from prison over the weekend was captured Tuesday in a county where he had been convicted of murder, and about a dozen prison employees were suspended because the staff waited more than a day to tell the state Department of Corrections he was missing, department officials said.

Sheriff Troy Peterson said in a news release that officers caught Wilson in a car that had been reported stolen from a neighboring county. Corrections Commissioner Burl Cain said the car ran out of gas while Wilson was driving.

Cain said Wilson is being moved to a different prison and “he'll have a hard time getting away from us there."

Officials bemoaned that they had not received timely notification of Wilson's escape. Because his escape was kept a secret until Sunday, he was able to go undetected when he was treated at a hospital twice under a fake name for injuries he received while going over the prison’s razor-wire fence.

“We want to assure the public that we won't make those mistakes again because we have taken corrective action,” Cain said Tuesday. “We're shocked, upset and appalled that he got away.”

The employee suspensions add stress to a prison system that came under Justice Department scrutiny in 2020 after an outbreak of violence by inmates in multiple facilities.

Department of Corrections spokesman Leo Honeycutt said Wilson escaped Saturday and prison staff told the department about the escape Sunday. Wilson had obtained gloves, and one of those was stuck in the wire, Honeycutt said.

It Wilson's third escape from custody, Honeycutt said. Wilson got out of a county jail in 2001, where he was being held on a burglary charge. Wilson was sentenced to two life sentences in September 2015 after being convicted of murder for beating two people to death on the Mississippi Gulf Coast in 2014.

In July 2018, Wilson escaped from South Mississippi Correctional Institution in Leakesville and was captured two days later in Ocean Springs, which is about 70 miles (113 kilometers) away.

Investigators have learned that after Wilson's latest escape he went to a nearby subdivision in the Jackson suburb of Pearl and told someone he was bleeding because he was an FBI agent who had been in a motorcycle accident, Honeycutt said. That person called 911, and an ambulance picked up Wilson and took him to the University of Mississippi Medical Center in Jackson.

“We dropped the ball because we didn't know he had escaped,” Honeycutt said of the department.

Cain said Wilson gave a fake name at the hospital. After Wilson was released from the hospital Saturday, he ended up at an auto parts store in Richland, several miles from the prison. Cain said someone called police because Wilson was still bleeding.

When officers arrived, Wilson gave a fake name. Officers called an ambulance and Wilson was taken back to the University of Mississippi Medical Center.

“He must be really, really convincing,” Honeycutt said. “I mean, he should be an actor.”

Wilson was discharged from the hospital for the second time early Sunday, before the Department of Corrections had been notified of the escape, Honeycutt said.

During his escape in 2018, Wilson ditched his prison garb, obtained civilian clothing and got a ride to a hospital after saying he had been injured in a motorcycle wreck and he needed to be at the hospital because his wife was in labor. The person who gave him the ride was a newspaper publisher who did not know Wilson was an inmate because the prison had not yet notified the public about Wilson's escape.