Who Is the Hinds County Board of Supervisors’ President? 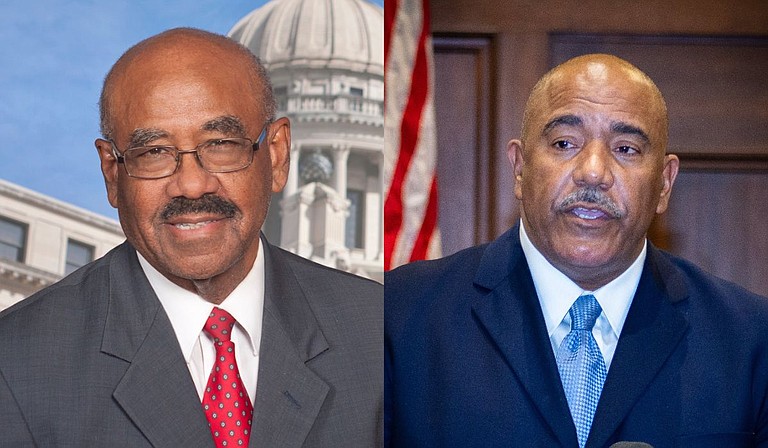 The question regarding who will chair the Hinds County Board of Supervisors meeting next week, Tuesday, Jan. 18, remains unclear as two supervisors both claim to be the president—District 2 Supervisor David Archie and District 3 Supervisor Credell Calhoun.

According to District 4 Supervisor Vern Gavin in an interview with the Jackson Free Press on Tuesday, Jan. 4, Archie arrived early for the first scheduled meeting of the year at 9 a.m. Monday, Jan. 3, and incorrectly occupied the president's seat. He said this contravenes the board's action last year removing Archie as vice president, as the vice president should automatically become the president the following year.

Gavin said Archie refused to accept the board's action, which included extending Calhoun's term as president for another year.

"He (Archie) arrived at the board meeting early so that he could occupy the chair, and if there were going to be a controversy, it would appear that he's in the right in doing so," Gavin claimed in the phone interview.

"That's where the issue came in, and (on Monday) we voted to have him removed from the board room, as a result of him refusing to follow the normal procedure of the meeting," he added. "We (then) had an executive session, and it was pretty much the consensus to suspend the meeting and then take up the meeting today (Tuesday, Jan. 4)."

"The former president of Hinds County Board of Supervisors (Calhoun) wants to take this seat, and there's nowhere in our charter, Robert rules of order, that he has the power to do that; period," Archie said at the board room on Monday as he sat in the president's seat. "We don't have it in writing anywhere."

"He shouldn't be giving me such a hard time. I'm just sitting in my seat, that's all; doing my job."

Archie claims that District 3 Supervisor Calhoun, District 4 Supervisor Gavin, and District 5 Supervisor Bobby McGowan, voted in error when they removed him as vice president on Sept. 29, 2021. He has filed a complaint in Hinds County District Court to fight it.

In October, Calhoun told the Jackson Free Press that removing Archie was valid because the motion garnered three out of five board members' votes.

Meeting Postponed to Next Day

In dueling motions from Archie and Calhoun on Monday, Jan. 3, the board postponed the meeting to Tuesday, Jan. 4.

That day, Archie occupied the seat for the president with District 1 Supervisor Robert Graham seated behind the plexiglass in a repeat of what happened Monday. Calhoun, Gavin and McGowan stood before the plexiglass, and they again voted to remove Archie from the chambers.

"When we got there, the same situation was about to occur; he (Archie) was declaring that he was the legitimate president; he wouldn't want to give up the seat," Gavin told Jackson Free Press Tuesday. "So, a motion was made again to have him removed from the meeting, and the sheriff implemented that and asked him to vacate the room."

After an executive session, the decision was for Calhoun to chair the meeting.

District 5 Supervisor McGowan traced the beginning of the trouble in the board of supervisor meeting to when Calhoun aligned with himself and Gavin. "Actually, what's happening is, things have shifted," he said in a phone interview with the Jackson Free Press on Thursday, Jan. 6. "As long as Credell was on their side, there was no problem, as long as we—Vern and Supervisor McGowan—were being mistreated (and) we could get no work done, everything was fine."

"We voted to remove David (Archie) back in September, gave the notice the right way because of the confusion that was going on, and he doesn't want to accept that," the supervisor added. "Can't blame us for something that he's doing; we got to blame him, but it's looking bad for the whole board because of the way things have been."

Archie: 'They Are Trying to Throw Me Out’

Last Monday, Archie said what he is trying to do is "bring peace into this county" and move forward with attending to the needs of the people. He continued to affirm that his removal was "illegal and improper."

"I'm not doing anything that I don't supposed to do; I am president of the Hinds County Board of supervisors," Archie said when he addressed the media on Monday, Jan. 3. "They are trying to throw me out of the seat without cause, without a two-thirds, supermajority vote. Period."

'Who Is Legitimately the President of the Board?'

Gavin disputes Archie's illegality claim in an interview with the Jackson Free Press on Tuesday, Jan. 4, saying that all documentation shows Archie's removal was proper.

"Basically, the thrust of the matter is who is legitimately the president of the board," Gavin said.

He referenced the motion made in 2020 at the first sitting of the current board, which stated that the board will only vote for a vice president in subsequent years as the previous vice president will automatically become the president.

"Towards the middle of the second year (2021), there was a disruption in our meeting," the supervisor added. "So there was a motion made at that time to do an extension on the current president serving for a second year."

He said that on Sept 29, the board followed through with removing Archie after giving notice, being a way to effect his removal legally.

Gavin said that it is unclear what will happen at the next scheduled meeting to the board this year, which will be held at 9 a.m. on Jan. 17.

"Well, it's unpredictable in terms of what his (Archie) actions are because we can't predict what he is going to do or what is in his mind," he said. "But as it stands right now, the president for the board is Credell Calhoun, (from) the majority vote of the board."

"As it stands right now, that is not going to change unless the court says different things," he added. "So moving forward, it's going to be Credell as the president and myself serving as vice president."