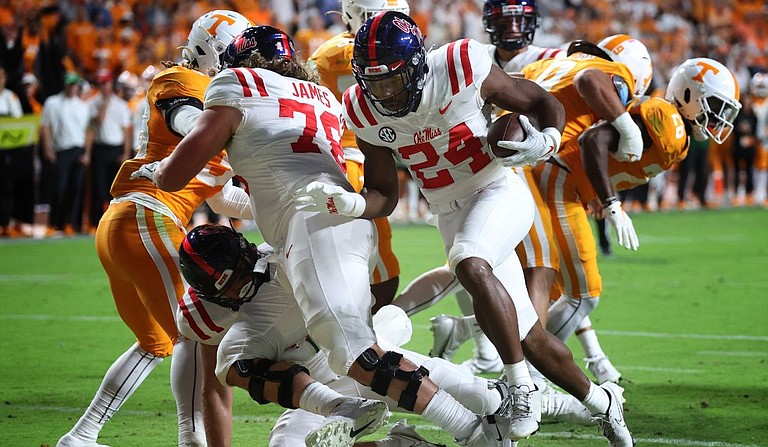 The University of Mississippi enjoyed its first 10-win regular season in school history. Head coach Lane Kiffin brought his high-powered offense to Oxford and retooled the defense in just this second season.

Success is a double-edge sword as it brings wins to the program but means players sometimes leave early for the NFL. The Rebels are in the midst of several offensive players having declared for the 2022 NFL Draft.

Quarterback Matt Corral made his intentions known to leave UM for the NFL before the Rebels final home game of the season. The record-setting quarterback was injured early in the Sugar Bowl against Baylor University.

Another key piece to the Rebels offense has also declared for the NFL Draft. Running back Snoop Conner is leaving after his junior season, and his departure leaves the Rebels then at the position.

Conner finished second on the team in rushing this season with 647 yards on 130 carries with 13 touchdowns. He caught 14 passes for 89 yards but didn’t find the end zone as a receiver.

The Hattiesburg, Miss., native burst onto the scene in 2019 as he ran for 512 yards on 81 carries with five touchdowns. He caught just six passes for 60 yards and no touchdowns.

His second season with the Rebels in 2020 saw him rushing for 421 yards on 93 carries with eight touchdowns. He added 82 yards on 12 receptions without a touchdown through the air.

Leading rusher Jerrion Ealy has also declared for the NFL Draft. He along with Conner and Corral accounted for a good deal of the Rebels’ offensive production.

UM will have to rebuild its back field heading into the 2022 season. Three major playmakers are leaving the program after helping rebuild it under Kiffin.

Conner now will turn his attention to the 2022 NFL Combine and any on campus workouts before the draft. He will look to improve his draft stock and rise up the draft boards with his pre-draft workouts.

The 2022 NFL Draft will be held in Los Vegas from April 28 to April 30. It will be the 87th NFL Draft in the history of the league. College football players at least three years out of high school are eligible for the NFL Draft.

Underclassmen have until Monday, Jan. 17, to declare for the draft. A list of approved underclassmen will be released to all 32 NFL teams on Friday, Jan. 21.