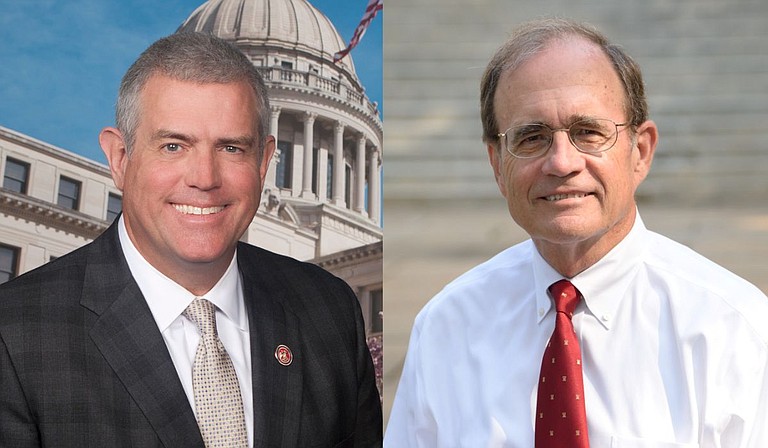 Mississippi House leaders said Thursday that they have signed off on a plan to increase some of the lowest teacher salaries in the nation by an average of $4,850. Photo courtesy State of Mississippi

JACKSON, Miss. (AP) — Mississippi House leaders said Thursday that they have signed off on a plan to increase some of the lowest teacher salaries in the nation by an average of $4,850.

But they acknowledged they had reached the plan without having negotiations with senators.

“It's a solid plan. It's a good plan,” Republican House Speaker Philip Gunn said during a news conference.

Reaching a deal takes two sides, and senators had already left the Capitol for the weekend by the time House leaders publicly discussed their proposal. It will be at least next week before senators accept the House proposal, respond with one of their own or seek face-to-face discussions.

“We look forward to meeting with the House and finalizing a historic teacher pay raise," Republican Lt. Gov. Delbert Hosemann said in a statement Thursday.

The latest House proposal includes a structure that Senate leaders have wanted — increases of $400 most years, with increases of at least $1,000 every fifth year. The increase at the 25th year would be $2,500.

The House and Senate passed separate bills several weeks ago to increase teachers' base pay by at least $4,000.

An earlier version of the House bill would have increased teachers’ base pay by $4,000 to $6,000. The raises for teachers and their assistants would have been given in a single year rather being spread out.

One of the negotiators, Democratic Sen. Hob Bryan of Amory, said Thursday that the group had not begun discussions.

“What you do is you sit down with each other and say, ‘This is our idea. What do you think?’” Bryan said. “And under the rules, you do that in public.”

Responding to questions Thursday, Gunn said the new House proposal is not a take-it-or-leave-it deal.

The starting salary for a Mississippi teacher with a bachelor’s degree is $37,000 for the current school year, according to the state Department of Education. Teachers with advanced degrees and more experience are paid more.

Senate Education Committee Chairman Dennis DeBar, a Republican from Leakesville, has said one problem with the current Mississippi teacher pay schedule is that it does not include annual increases for the first three years. He said the Senate proposal “corrects or frontloads” the salary schedule by providing $500 annual increases for newer teachers.