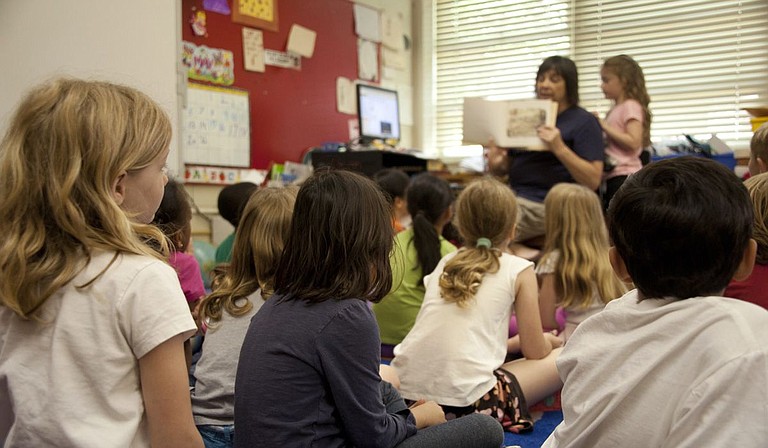 Negotiators from the Mississippi House and Senate reached a deal Wednesday to boost some of the lowest teacher salaries in the nation. Photo courtesy CDC on Unsplash

JACKSON, Miss. (AP) — Negotiators from the Mississippi House and Senate reached a deal Wednesday to boost some of the lowest teacher salaries in the nation.

The two Republican-controlled chambers will vote on the plan in coming days, and members are expected to pass it by wide margins. Republican Gov. Tate Reeves has said he supports higher pay levels to recruit and retain teachers.

During a meeting Wednesday, negotiators from the Senate offered an average increase of about $5,100 — a jump of more than 10% over teachers' current pay. That is a few hundred dollars higher than the House offered last week.

“We think that this is a doable proposal,” said Senate Education Committee Chairman Dennis DeBar, a Republican from Leakesville.

“Let’s get this done,” McCarty said.

Within hours, negotiators from the two chambers signed the final plan.

Teachers' base pay would increase by a few hundred dollars most years, with larger increases with every fifth year of experience and a more substantial bump at 25 years.

A beginning Mississippi teacher with a bachelor's degree currently receives a $37,000 salary from the state, and the local school district can provide a supplement. Under the latest proposal, the base pay from the state would be $41,500. Teachers with higher degrees and more experience are paid more.

Dozens of teachers and school administrators were at the Capitol on Wednesday to speak to lawmakers and watch them work.

“We're here to tell them a big thank you,” said LaKristie Barner, a second-grade teacher at R.H. Bearden Elementary School in Sumner.

Barner said her students have been learning about figurative language and preparing to take a third grade reading exam they must pass to advance to fourth grade. She said most of the children come from low-income families, and she spends a substantial amount of her own money buying pencils, paper and other supplies.

Starkville High School Principal Darein Spann taught high school English for 14 years before becoming an administrator. He said he knows teachers who work extra jobs, and the pay raise would be “a huge investment.”

“When people are looking at themselves and looking at their livelihoods and making a determination of whether or not this is enough to keep them in the profession — I think this investment would help to do that, would change that conversation,” said Spann, vice president of the Mississippi Association of Educators.