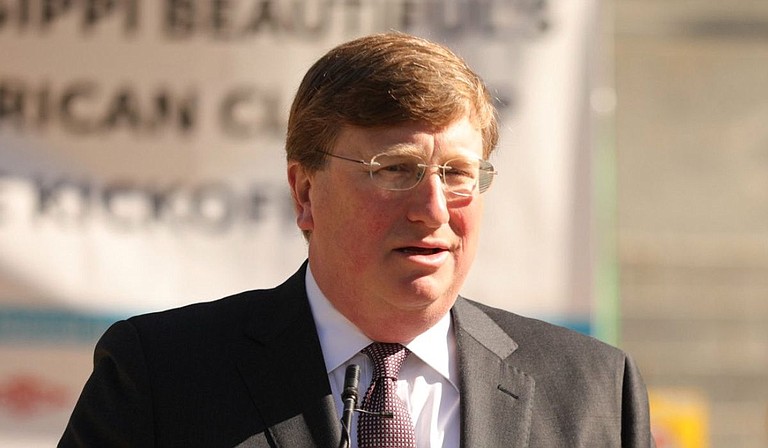 Mississippi Gov. Tate Reeves signed a bill Wednesday authorizing the largest pay raise in a generation for the state's public school teachers, long among the lowest-paid in the nation. Photo courtesy Tate Reeves

JACKSON, Miss. (AP) — Mississippi Gov. Tate Reeves signed a bill Wednesday authorizing the largest pay raise in a generation for the state's public school teachers, long among the lowest-paid in the nation.

House Bill 530 becomes law July 1. Teachers will receive average increase of about $5,100 — a jump of more than 10% over their current pay.

Lawmakers and the Republican governor have said boosting the salaries could help Mississippi attract and retain classroom professionals.

Under the new law, teachers’ base pay will increase by a few hundred dollars most years, with larger increases with every fifth year of experience and a more substantial bump at 25 years.

A beginning Mississippi teacher with a bachelor’s degree currently receives a $37,000 salary from the state, and the local school district can provide a supplement. Under the new law, the base pay from the state will be $41,500. Teachers with higher degrees and more experience are paid more.

Under Democratic Gov. Ray Mabus in 1988, Mississippi legislators approved about an 18% pay raise for teachers, taking their average salary from about $20,750 to nearly $24,500.

The raise that Reeves signed Wednesday is a larger dollar amount but a smaller percentage increase. Accounting for inflation, the $3,750 average raise in 1988 equal to more than $8,400 today.

Suzanne Smith of Grenada has been teaching for 30 years and now teaches math to students working toward high school equivalency diplomas. At the Capitol on March 16, she said the pay raise plan will “make a huge difference in a lot of people's lives.”

“I want to think about our assistant teachers. They barely make a living wage at this point," said Smith, who is secretary/treasurer of the Mississippi Association of Educators. "That $2,000 increase — although it's not a huge increase, when you compare it to what they've got now, it is tremendous.”

Smith said the larger pay raises every fifth year could persuade some longtime educators to remain on the job. Some Mississippi teachers have been retiring and commuting to Alabama and other neighboring states to continue teaching while also collecting their Mississippi retirement pay.

Increasing educators' pay can be a moving target as states compete with each other. Alabama legislators are considering a proposal to provide pay raises for longtime teachers.