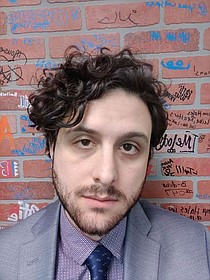 State reporter Nick Judin grew up in Jackson and graduated from the University of Mississippi. He is covering this year’s legislative session. Try not to run him over when you see him crossing State Street.

Gov. Tate Reeves reinstated a mask mandate and other restrictions in nine Mississippi counties yesterday, in the wake of a sharp uptick in transmission of COVID-19 across the state and nation.

As Mississippi’s fragile control over the coronavirus pandemic crumbles for the third time, State Health Officer Dr. Thomas Dobbs and State Epidemiologist Dr. Paul Byers held a press event on Oct. 16 to discuss what is driving the increased spread.

Two weeks to the day after Gov. Tate Reeves lifted the statewide mask mandate, a massive swell in COVID-19 cases is shaping into a third spike, imperiling the people of Mississippi and threatening mass community transmission during next month’s elections.

As October unfolds, Mississippi State Sen. David Blount, D-Jackson, is watching the rising case numbers in what threatens to be the third spike in Mississippi's COVID-19 pandemic, and he fears for the worst.

The Mississippi State Department of Health announced 862 new cases of COVID-19 today—on Oct. 6, MSDH reported 975 new cases, marking the highest single-day total of reports since Aug. 19. Today’s rolling seven-day average is 589 daily positive tests, comparable to the averages seen at the beginning of September, when the trends were coming down from staggering peaks in July and August that stressed the state’s hospital system.

Only a week after Gov. Tate Reeves lifted the state’s mask mandate, Mississippi’s coronavirus numbers have reversed course, showing the first consistent signs of a new surge in what would be the third spike in the pandemic in the Magnolia State. The Mississippi State Department of Health announced 975 new cases of COVID-19 late last night, the highest single-day total since Aug. 19.

State Health Officer Dr. Thomas Dobbs is sounding the alarm, warning that mask usage is declining in Mississippi immediately after the governor lifted the statewide mask requirement. “Listen to the secret of Sweden’s COVID response,” Dobbs tweeted on Sunday, Oct. 4. “Near universal, voluntary compliance with public health guidance. Please mask up. Discouraging to see mask use dropping off so rapidly after mandate lifted.”

Forgiveness is Freedom: After Veto, Parole Reformers Fight On

Mississippi Sen. Juan Barnett, D-Heidelberg, found that forgiveness heals victims and perpetrators alike. That's what inspired him to push for parole reform in his new position as chairman of the Senate Corrections Committee.